One year ago, a 6-year-old doe was discovered to have contracted a case of Chronic Wasting Disease, here in Michigan, which prompted state officials to enact its Surveillance and Response Plan to all privately owned and free-range cervids. Now that cases have been confirmed in six more white-tailed deer, the disease zone has expanded. 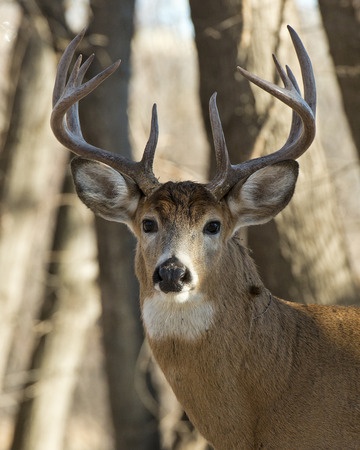 Most predominant in cervids – a technical classification for hooved animals that includes mule deer, white-tailed deer, elk and moose – Chronic Wasting Disease, or CWD, is a fatal disease that is highly transmissible and contagious among these animals. Since its identification in 1978, the disease has spread to 23 states in America and two provinces in Canada, reports Michigan Outdoor News.

Symptoms of the disease begin with a difficulty of movement, followed by signs of listlessness, nervousness and sometimes a gnashing of the teeth. Most predominant, however, is the significant weight loss that can reduce the animal to almost nothing before leading to inevitable death.

This disease results in an increase in the animal’s drinking and urination habits, and it is these symptoms that most believe are the biggest causes of the spread of the disease. It is believed that this illness is harmless to humans, but further studies are being completed to ensure that this is indeed the case.

Now that the disease has spread to multiple animals, the Department of Natural Resources (DNR) has declared that the CWD zone will now cover several adjacent townships where additional cases of infected animals have been documented. The agency’s announcement was two-fold – In addition to warning the residents of the affected areas, this is also a plea for the people in these counties to help officials combat the spread of the disease by calling in if they discover road-killed deer so that the DNR can gather the animals as samples to inspect in an effort in identifying a solution.

Experienced hunters are also being called upon to assist. Any hunter that takes a deer in the CWD zone is required to submit the head of the animal to the DNR within 72 hours of the kill so that the agency can complete testing on the deer to see if it was infected.

To give hunters some breathing room, the DNR has also loosened the requirements of using landowner permits, has continued the use of sharpshooters, and has given the green light to private lands to open for the early antlerless season. Permits have also been more available in DMU 333 and surrounding regions, with the goal of increasing take to allow for more testing to take place.

Combating this disease is an absolute necessity because a failure to do so could result in the elimination of all deer in the area. The community must ban together if there is any hope of finding a resolution to the issue. Learn more about the state’s efforts by reading this informational release from the DNR.

While Michigan hunters are doing their part, why not help the cause either here or in your home state from the comfort of a comfortable, reliable and well-built deer blind from Productive Cedar Products. Check out our inventory online now, then give us a call at 989 727-4902 to order the perfect blind for you.

« Mix It Up: Changing Your Targets to Improve Accuracy
Six Essentials to Equip Your Blind »