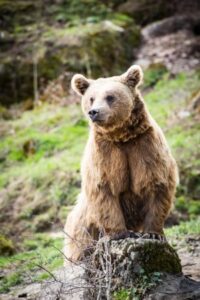 Teddy Roosevelt once said that “The wildlife and its habitat cannot speak, so we must and we will.”

This sentiment would soon become the cornerstone of the North American Model of Wildlife Conservation.

At the turn of the 20th century, wildlife populations in North America were on the decline. Rampant habitat destruction and overexploitation had driven many species to near extinction. In 1900, it is estimated that there were only 30,000 wild turkeys left in the United States. Today, thanks to the efforts of a few devoted public servants and a veritable army of concerned sportsmen, there are roughly 7 million North American wild turkeys.

The North American Model of Wildlife Conservation called for a paradigm shift in policy that put responsibility for wildlife in the hands of the people. Conscientious sportsmen realized that it was their duty to act as stewards of the land on which they fished and hunted. Commercial hunting was outlawed in an effort to quell overhunting. Conservation groups such as the Boone and Crockett Club pushed for new regulatory legislation to protect dwindling wildlife resources. Forward-thinking policy makers deemed that because wildlife is not bound by political borders, it should be treated as an international resource.

The story of the wild turkey is just one example of the remarkable success of the North American Model of Wildlife Conservation. Countless other species were rescued from the brink of extinction thanks to the concerted, ongoing efforts of the sportsmen who came before us.

Each hunting season, we proudly carry on this tradition of conservation from our humble ground blinds. Give us a call today, and join us in the field!