As white-tailed deer meander through a forest, they leave behind a trail of evidence that can tip-off savvy hunters to their behavior and whereabouts. Unless you know what to look for, however, many of these signs can easily go unnoticed. In this entry, we’ll look at a few common whitetail signs and the behaviors they suggest.

In preparation for the fall rut, bucks will rub their antlers on trees to signal their presence to others competing bucks in the area. In addition to broken tree bark, rubs are often accompanied by knocked-over brushes and seedlings in the area. Bucks will typically follow a regular route through their territory, leaving a trail of tree rubs in their path. These rub routes can effectively guide hunters between food sources and doe bedding areas. The side of the tree with the rub is indicative of the direction in which the deer was traveling. When you face the rub, you’ll be facing the same direction the deer was when it made the rub. By following these trails, you can determine the route of your target.

Similar to rubs, scrapes occur when bucks lick and chew low hanging branches to leave scent signals for other deer. Experts divide scrapes into three distinct categories. Boundary scrapes denote the limits of a buck’s home territory. These tend to be found along fence lines, creeks, and the edges of fields. Secondary scrapes are typically found in wooded areas, and are so-named because they are not frequently used by deer prior to peak breeding season. Primary scrapes, in contrast, are used heavily prior to peak breeding and are often found near food sources and bedding. The same scrapes can sometimes be found from year to year in a deer’s home territory. 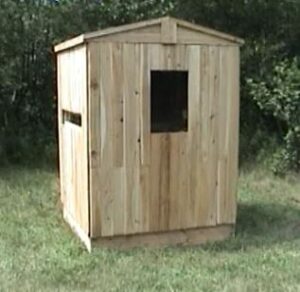 A tell-tale sign of deer activity, droppings can indicate the size and even the gender of a deer. They can also help you to identify areas of peak activity, such as bedding areas and food sources. Shiny droppings are fresher than dry, dull ones. If you spot shiny dropping, a deer has probably passed through the area within the last twelve hours.  If the droppings are still warm, your quarry is likely still nearby. Droppings shorter than ½ inch are typically from does and fawns; droppings larger than ¾ of an inch are more likely to be the result of a buck. Bucks also tend to leave droppings in large cylindrical groupings.