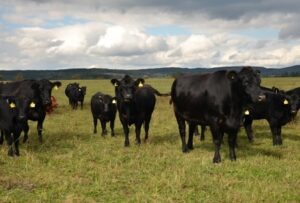 The principle of the hunting blind is nothing new. Seemingly since time immemorial, savvy sportsmen have been using whatever materials they have on hand to conceal their presence from their prey. In a pinch, anything from a downed tree to a good sized boulder can function as a serviceable hunting blind. For a brief period in American history, enterprising hunters even used cattle as blinds for bird hunting.

This practice was, in fact, so common in the early twentieth century that one stoic steer in California earned himself a reputation as the most famous animal blind in America. “Old Tom,” as he was called by his owner, was trained to walk slowly in front of a hunter in order to allow them to covertly approach and group of birds. Once within range, the hunter would then peek their sights around Old Tom’s rear end and unload on the unsuspecting fowl.

According to one account, “during the days of market hunting, [Old Tom] was used in practically every inland county in the state and made an excellent blind because of his training, size, and build.”

Today, it’s illegal to even use a blind made to resemble an animal, much less the real thing. In fact, dogs are the only animals hunters are allowed to employ in the pursuit of a kill.

Fortunately, there’s more than one way to hide a hunter. Our high-quality cedar hunting blinds are spacious enough to spend all day in, and rugged enough to serve you for many years. Give us a call today to learn more about all the products available at Hunting Deer Blinds.