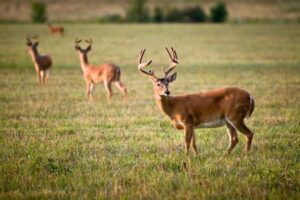 The white-tailed deer is perhaps the most common game animal in North America. They can be found all over the continent, from the Florida Panhandle to the Northern reaches of Canada. In some places, they have become so accustomed to humans that they can often be found roaming casually through back yards and flowerbeds. In spite of their ubiquity, there’s still a great deal about the white-tailed deer that most people are unaware of. In this entry we’ll look at a few of our favorite white-tailed trivia tidbits.

This might not be a big surprise for some folks in the suburbs, but you may not fully understand the speed at which deer can reproduce. In ideal conditions, a deer population can double in size every year. Good news for hunters, not such good news for gardeners.

They use Scent to Communicate

White-tails have special glands on their legs and feet that emit an odor to help guide other deer in their herd through wooded trails.

The legs of a white-tail might not look very powerful, but they can propel deer over fences as high as nine feet tall. They can also jump over horizontal distances of up to 30 feet.

Deer are adept at swimming, and have been known to cross large bodies of water such as rivers and ponds. They can swim at speeds of up to 13 mph. Olympic swimmers, on the other hand, top out at around 6 mph.

They Can Live for Over two Decades

While many white-tailed deer meet their ends at the business end of a rifle or the bumper of a car, others have been known to live for as long as 20 years in the wild. On average, however, they live only about two to three years. 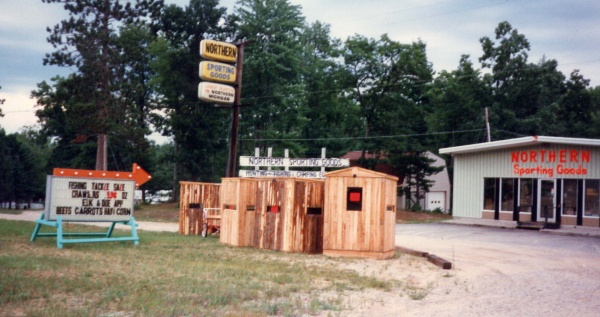